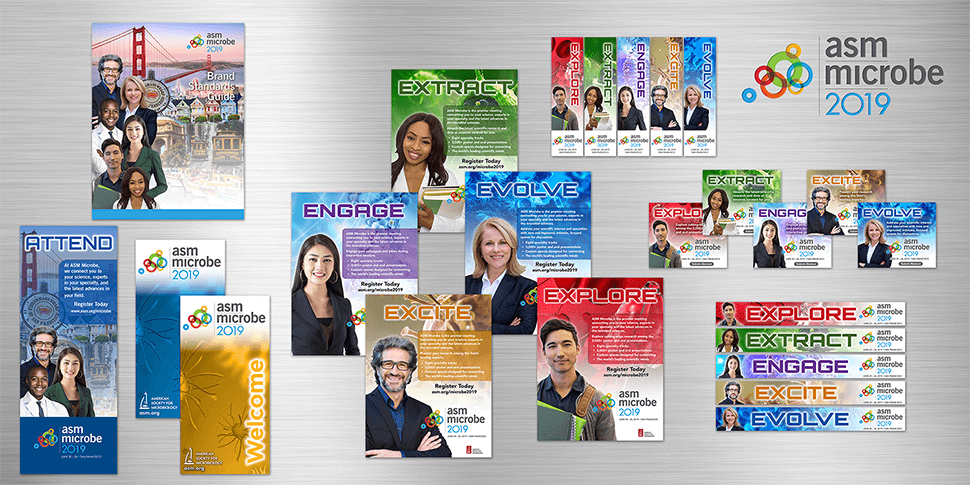 Created for the American Society for Microbiology's annual meeting held in San Francisco, California, this campaign helped to drive record breaking attendance. The creative concept featured six "personas" that reflected the microbial science attendee demographics—microbiologists, lab techs, students, researchers, academicians, and scientists. Each persona was paired with a keyword, each beginning with the letter "E", which promoted an aspect of the meeting experience, as well as a microbial science background. The design system was color coded both to showcase the broad spectrum and appeal of the event and to stand apart from the more bland and mundane materials often seen in scientific conference materials.